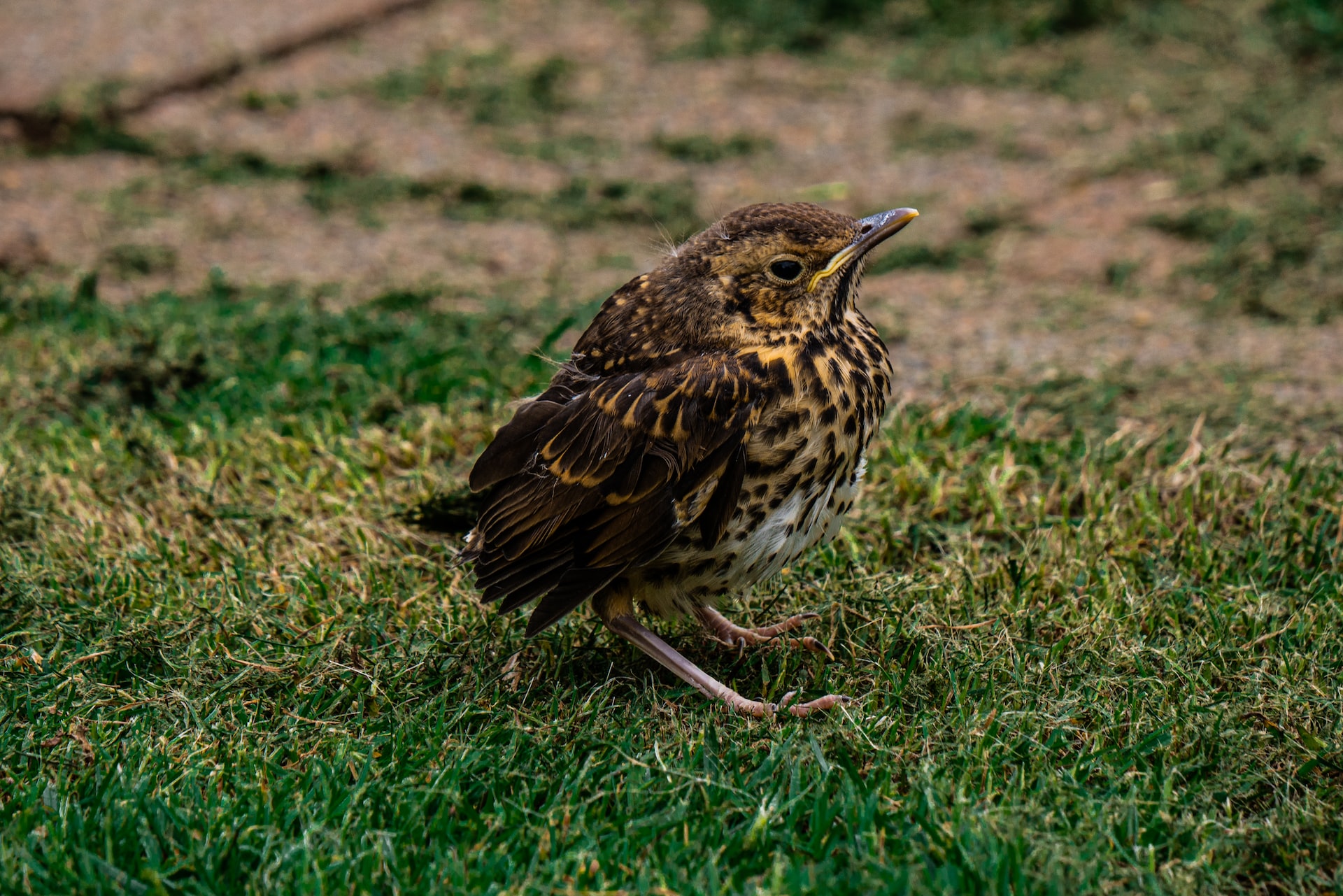 On a family vacation this summer, we were out for an evening stroll when my husband saw a baby bird hopping along the sidewalk. The bird looked to be in rough shape, at least to our untrained eyes. Its brown feathers were ragged and patchy, its movements clumsy and uncoordinated. The urgent squeaks it emitted sounded like distress calls.

“We have to help the poor baby bird!” the kids cried immediately.

“Let’s try to find its nest,” I said. Nearby was a small patio area partially shaded by wooden rafters.

“Just leave it alone,” my husband said, regretting having pointed it out to us in the first place. (Hey, he should’ve known: I’m bird-obsessed.)

In the end, we stood and watched our new feathered friend for a while. It continued to bop around on the concrete, its mouth stretched open as if awaiting a treat. Eventually we resumed our stroll, but every few feet, the kids looked back see if the bird was still there.

Google was fairly reassuring. “If the bird is a fledgling, then it’s doing what it’s supposed to,” I told the kids. “It’s practicing how to fly, and its parents are probably somewhere close.”

But as the sky dimmed, I felt less rosy about the bird’s fate. I hoped the neighborhood wasn’t popular with hungry, roaming cats.

The next morning, we checked out of our hotel. Dragging our luggage along the sidewalk, we heard a familiar sound.

Not only was our feathered friend alive and well, it was not alone. Perched on the rafters above the concrete was a larger brown bird. A plump worm dangled from its mouth.

“That must be the mom or dad!” I said. “And they’re bringing food.” We drove away, buoyed by the realization that the parents were probably nearby the whole time, watching from a distance as their fledgling figured stuff out. The bird wasn’t lost or doomed, but exactly where it needed to be.

This week, as a new school year began, I thought back to our intrepid feathered friend. For the first time in eight years, I no longer have a child in elementary school. Now that both of my kids are in middle school, daily logistics have become a lot simpler — just one breakfast shift and dash out the door!

Still, I already miss some aspects of those K through 5 years. The morning waves and smiles that made you feel like a rock star in the car line. The happy swarms of kids, their backpacks adorned with flowers and dinosaurs. The beautiful drawings swirled with paint and glitter, the clay gnomes and monsters that now live in various nooks around our house. It’s the end of a sweet era. (Side note: I’ll probably feel similarly nostalgic about my kids’ middle school years once high school begins.)

If elementary school was a cozy nest, middle school feels like the fledgling phase. There’s less hand-holding and everything is a little more grown-up, from the lockers to the changing class schedules to the bigger cafeteria. The adults aren’t as apt to swoop in at the first sign of trouble (at least, we’re not supposed to).

That part is tough. I want to shield my kids from the same mistakes, disappointments, and heartache I experienced. (Oh, the number of times I’ve blurted things like, “If you just do this instead, TRUST ME, it will go more smoothly!” or “I know from experience. This way is better!”)

But I know the best thing is for me to step away, listen more, and intervene less. Be a bit less helicoptery and a bit more chill, like those bird parents. I’m working on it.