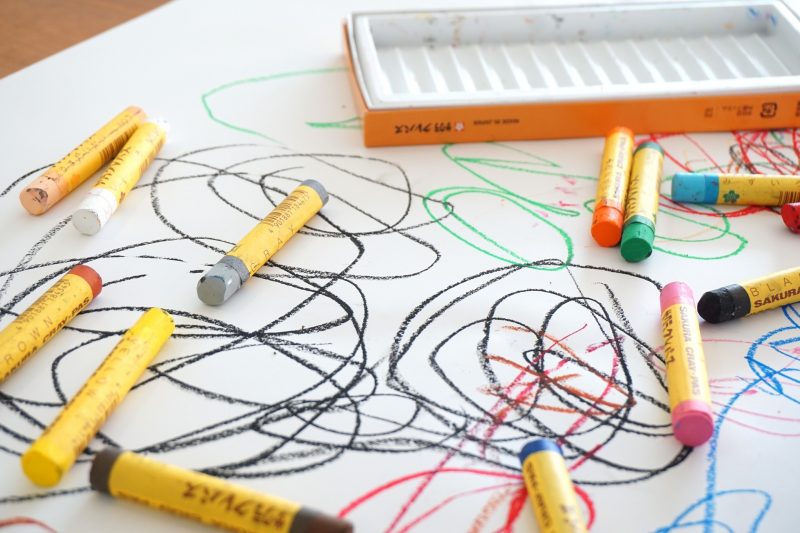 During her first week of kindergarten, our oldest daughter radiated excitement and energy. Having heard at preschool that we should expect our kindergartener to fall asleep at dinner for at least the first two weeks, I was impressed that my child showed no such weariness with her new routine. On the contrary, she possessed more spunk than a teenager who’d just slept 14 straight hours and then consumed a venti frappe while skydiving.

She would sprint out of her room at least two hours before the bus was due to arrive, bounce onto the bed with us, and begin an enthusiastic monologue about her teacher, the classroom activities, and who she was planning to play with at recess. Bleary-eyed, my husband and I would nod and smile, pleased that our daughter already seemed so well-adjusted. “She must have just been, you know, ready,” we’d say knowingly to each other, confident in our choice to send her to kindergarten despite her summer birthday.

After all, we thought, it was a family tradition to start school slightly younger: I myself entered kindergarten at 4.5 years old. At the small Catholic elementary school I attended in California, the teacher didn’t mince words when she suggested my parents hold me back a year, warning, “She will struggle throughout her entire academic career!”

My mom didn’t flinch, but I can see why the teacher was concerned. Apparently, I was quite a disruptive pupil during my first semester, singing loudly in class during story time (I remember belting out the Bee Gees’ “Tragedy,” a favorite in my dad’s rotation), daydreaming instead of listening to my teacher, and distracting my classmates. All of these behaviors earned me frequent timeouts, which I spent sitting on the dreaded “X” in the corner of the classroom. Fortunately, I settled in and caught up to my older classmates after a few months.

By the middle of our daughter’s second kindergarten week, as the newness of the experience faded, her happy exterior was beginning to show little cracks. Gone was the upbeat demeanor, the I-can’t-get-enough-of-school attitude we’d witnessed just days ago. Now our morning routine included extra tissues and family photos in her backpack.

There was a chill in the air as we walked to the bus stop, rain and wind whipping at our faces, mixing with my daughter’s tears. As my child boarded the bus, she looked as heartbroken as I felt. I waved goodbye with a thin smile plastered across my face, wanting to push away the deep ache in my chest, to leave with a happier mental picture of my child who now looked so forlorn, staring at me from her front window seat.

She always returned from school with a neutral, if not completely delighted demeanor, but soon her pleading and negotiating began in earnest.

(Aside from the garden-variety nasal congestion that every school-aged child now has, my child seemed perfectly healthy.)

“I don’t want to ride the bus. What if my friends aren’t on the bus today?”

This last one was tough for me to hear. I wanted to say: You’re right, honey, it IS a long day, and of course I miss you, too! I think about you all the time and worry sometimes about how you can cope with such a big adjustment. Heck, my kindergarten day was only four hours long!

But I don’t say this aloud, not exactly. I know I need to be careful about how I respond to her concerns, so that she can see school as a positive, exciting experience.

I’m a person who loves information, and it’s been a challenge to adjust to the fact that I only get pieces of my daughter’s day now. Bit by bit, I’ll gather the fragments together, hoping one day to see it, the completed puzzle of people, activities and experiences that now represents most of my daughter’s waking hours. Each day, there is a new clue, a fact that brings me closer to solving the puzzle. At lunch she sits at Table A. Recess is when she sees her friends from the other kindergarten classes. At one recess, she couldn’t find her teacher, but a girl in a yellow dress held her hand, and they walked back to the classroom together. Who is this girl in the yellow dress, I wonder, and might her mom be up for coffee sometime? At rest time they get to read two books. The boy who sits next to her is nice if a bit rowdy. Free choice time is at the end of the day, and she loves the drawing center the best.

Many, many more things happen that I don’t hear about, that I’ll never know about. Maybe that’s for the best. In the meantime, I’ve found that honest conversations with other new kindergarten moms have helped greatly to preserve my sanity in this transition period. One mom related how different kindergarten feels in terms of the level of attention and nurturing given to each child, and the amount of information shared with parents. This mom’s five-year-old daughter came home from school the first week and casually announced she hadn’t eaten her lunch that day because another student took her lunch box, and by the time the lunch monitor discovered the problem, it was too late to do anything. On another occasion, a kindergartener fell and bruised her hip at recess, and was given the option of seeing the school nurse, but no note or explanation was sent home to the parent otherwise.

It’s a disconcerting feeling, the knowledge that your child may have been hurt, and you weren’t there.

I’ve had conversations with some wonderful teachers who assured me that separation anxiety is normal for both kids and their parents, and it will pass. I’m also getting the sense that teachers are dealing with pressure to implement a more rigorous curriculum. If everything seems much more intense and accelerated in school today, that’s because it is. Back in 1983, my kindergarten program was only a half-day, a cakewalk by today’s standards. I think we did some finger-painting, had a snack, and enjoyed music and story time. We certainly weren’t learning to read or dabbling in algebraic thinking, as today’s kindergarteners often are.

The best thing I can do, the teachers offered, is to make school as fun as possible. One teacher emphasized sharing enthusiasm about the cool aspects of “big kid” school, making after-school projects fun and special, and focusing on the positive ways kindergarten will help my daughter grow.

The kindergarten honeymoon might be over, but the coming year can still be exciting and rewarding. And I have a feeling I’ll learn as much as my daughter will.