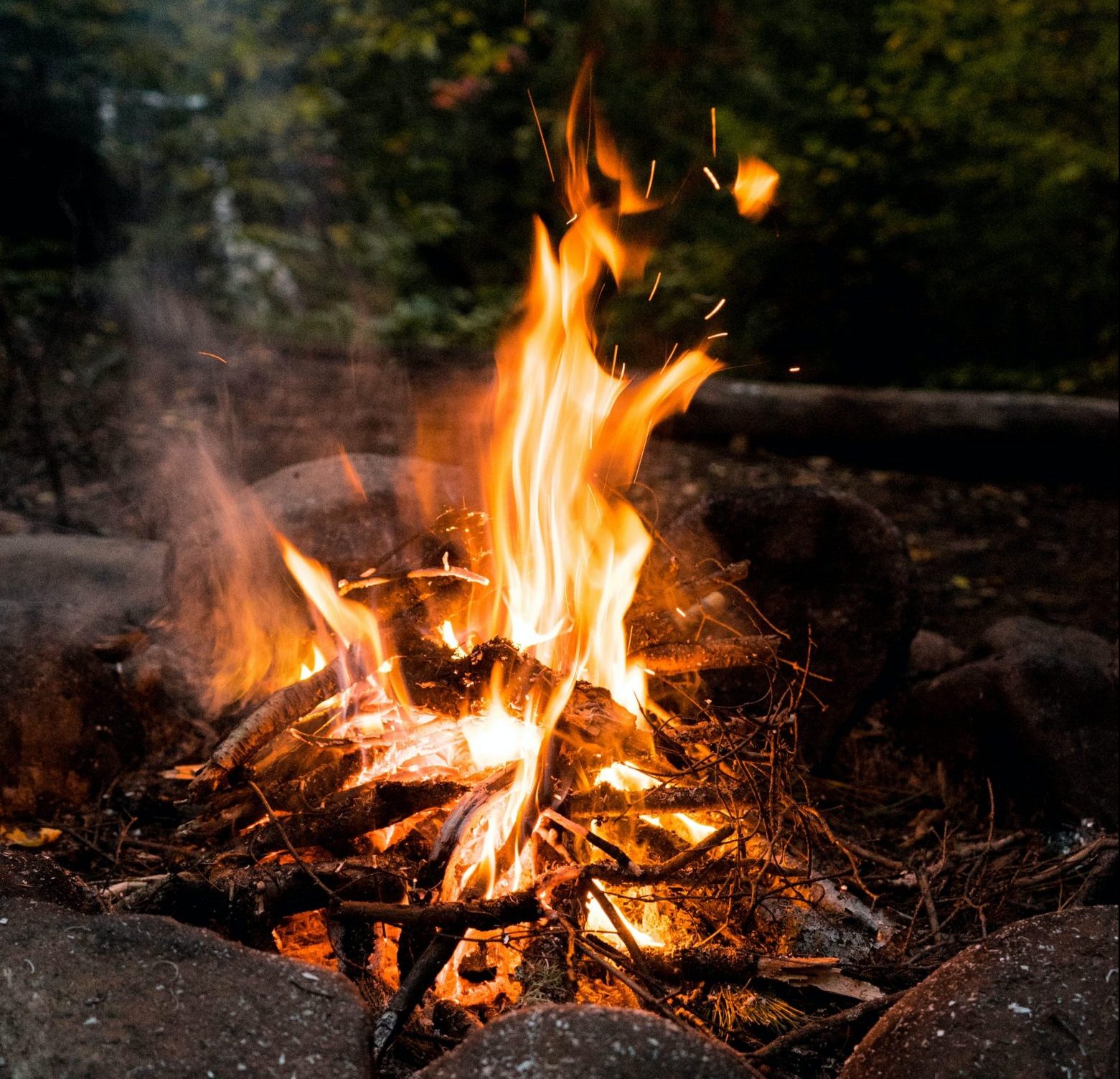 Today, I dropped my oldest off at camp for one week. It’s only been a few hours since we hugged goodbye, but I’m already wondering what she’s up to, whether she’s making friends in her cabin, and what she might eat for dinner (hopefully it’s spaghetti and meatballs). I’m also thinking about how tough it can be to let go.

This afternoon, as we joined a long line of cars to check in, counselors were cheering and hollering and offering high-fives. “Welcome to camp!! Yea, you look ready, right on! It’s gonna be awesome!” One was dressed as Iron Man, much to the delight of the boys in the car next to us.

We parked and made our way to a tent, where a masked counselor swabbed my daughter’s nose for Covid. When her test came back negative, we lugged her things — including an old pink duffel bag of mine she’d stuffed with extras of everything — down a dirt trail to wait with other families. Mosquitoes happily feasted on our ankles and sweat dripped down my back. It had begun to drizzle, but not enough to take the edge off the sweltering heat. In front of us, a woman with perfectly coiffed hair, bright lipstick, and a ruffled shirt was waiting with her teen. “They better not make us wait in this line much longer,” she complained. I snuck a glance at my daughter and rolled my eyes.

Finally, a peppy-sounding voice announced that we could head to the cabins. I heaved the duffel bag over my shoulder. “Do you want help with your other stuff?” I asked my daughter, whose arms were full with her pillow, sleeping bag, and backpack. “Nope, I’m good,” she said.

A short way down the path, we found her cabin. It was roomier than I’d imagined, with several bunk beds and a wooden table in the middle. My daughter’s counselor, a young woman with curly auburn hair, introduced herself and told us she was from Hungary. A few other parents were getting their kids settled, talking and laughing with each other. They all seemed to be friends.

I could sense my daughter’s nervousness. Before camp, she’d asked me often what would happen if she was the only kid in her group who didn’t know anyone. “That won’t happen,” I assured her. “They only put one buddy pair in each cabin.” But now, as I heard several of the other campers laughing and joking with each other, I wasn’t so sure.

My daughter chose a top bunk in the corner, beneath a small window with blue and white curtains. “Can you help put my fitted sheet on?” she asked. There was no ladder to climb, so I grasped whatever wooden slats I could reach and heaved my body upward. “Erggh,” I groaned, marveling at my childhood self’s ability to ascend top bunks without strain.

Once her bed was set up, my daughter looked around as if wondering what to do next. I knew exactly what she was thinking. You’re going to leave me here for a week? But these people are all strangers! For a moment, I seriously considered whisking her back to the car and taking her home. “Sorry,” I imagined saying to the nice counselor. “This isn’t going to work out after all.”

Instead I stood near my daughter, waiting for a sign that she’d landed somewhere in this unfamiliar space, that it was safe for me to detach. The counselor approached us, gestured to another girl sitting on a top bunk and told us she was new here, too. With forced cheer, I dragged my daughter across the room to say hello.

“It will be better once all the parents leave,” I told my daughter. “We’re kind of in the way here.” I hoped she believed me. I wasn’t sure I sounded convincing.

“Do you want to set up any more stuff?” I asked her. She shook her head. Parents were starting to trickle outside. “Well, they’re all yours!” one dad joked to the counselor, waving goodbye. I took that as my cue.

“Bye, honey,” I said. “Wear lots of sunscreen!” My daughter hugged me tightly but didn’t resist when I turned to go. With a wave, I headed back to the car, my own eyelids prickling and a sinking feeling in my chest.

Back in the car, I texted my husband: Maybe this was a mistake. Would our daughter be unbearably homesick? Would I drive my husband crazy, worrying that she was homesick?

How on earth did my mother do this? I thought as I drove home. Time after time, she sent my siblings and me out into the big world, full of cheerful optimism. Although I know she must have missed us, I never once got the sense that she was fretting about our well-being. The highlights of my summers were the weeks I spent at a YMCA camp on Lake Sequoia in California, an experience I loved so much that I actually sank into a mini depression when it was over. As I got older, I traveled further from home. When I was 14, I flew to Ireland by myself to visit a friend for three weeks. I remember my mom sent me happy, breezy postcards.

Then, when I was a sophomore in college, I spent ten months in Austria for a study abroad program. My mom drove me to the San Francisco airport for my early morning flight. The trees and mountains glistened out my window, as if nature was at its most beautiful to see me off. As my group began boarding, my mother smiled and hugged me. With a swish of her hand toward the gate, she said, “Go on.”  The smile never left her face, even as I turned to wave one more time before entering the jetway.

I realize now how difficult that year must have been for her. A few months after I landed in Austria, my mother was diagnosed with breast cancer — news she decided to keep from me until I returned home for the summer. For a while, I was angry with her for not telling me right away. But now I understand my mother’s intentions. She wanted to give me a gift, and she did. Those 10 months were magical. I spoke more German than I thought possible, traveled to places I’d never been, and learned to navigate foreign airports, train stations, and subway systems. And I met and got to know a wonderful host family, with whom I’m still close.

None of this would have happened if my mother hadn’t encouraged me, hadn’t pushed me out of my comfort zone. She made me feel confident that no matter where I ventured in the world, she would always be cheering me on.

I’m not the same parent my mother was, not by a long shot. She had an enviable ability to remain calm and hopeful in the face of chaos and uncertainty. Though it wasn’t easy, she also did her best to avoid transferring her own anxieties to her kids — something I struggle with almost every day. It’s still difficult for me to let go, to admit I have essentially no control.

But I’m trying. My daughter is at camp, undoubtedly out of her comfort zone: no phone, no friends, no familiar routines. And I’m here writing, processing, and silently sending her good vibes, instead of frantically calling the camp director to check on her. Because as much as I might want to, I can’t keep my kids in the nest with me forever. I want to see them fly.