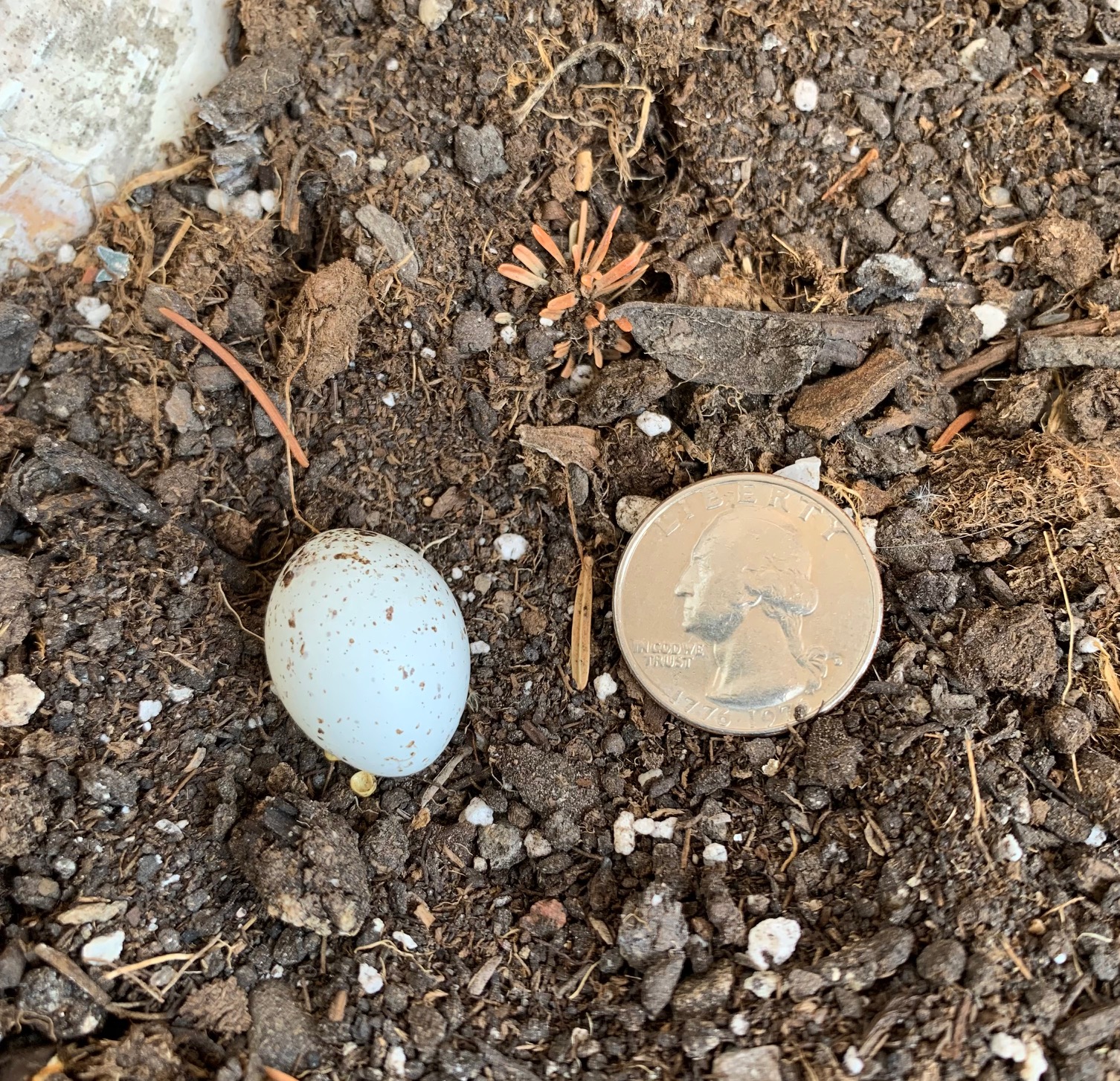 I’ve always been a bit obsessed with birds. When I was growing up, I loved teaching our pet cockatiels to say, “Pretty bird! Want a kiss?” As a newlywed living in Boston, I convinced my husband we should keep two zebra finches in our small condo. They were messy but delightful, providing a nearly constant background soundtrack of bee-bee-bee and gobbling up the egg food that I diligently prepared for them. (“Egg food” is a vile mish-mash of hard boiled eggs and crushed shells that helps supplement the birds’ regular diets. I remember describing it to my mom once, who thought I was nuts, cooking for birds. But I digress.)

My next stint with bird ownership wasn’t as pleasant: When my husband and I moved to Oregon, we adopted a bright green Quaker parrot (we named him Lenny after the character in The Simpsons). But despite the pet store owner’s assurances that this would be a quiet bird, Lenny was anything but. He screeched and squawked anytime we were out of his line of sight. His calls were urgent and ear-splitting. We later learned that birds like him do this in order to keep in touch with other members of their species. So Lenny wasn’t being loud merely to irritate us; his behavior was simply a product of evolution.

Ultimately, the bird’s grating calls and my husband’s pending dissertation were not a match made in heaven, and I reluctantly returned Lenny to the bird store. This experience soured me on the idea of owning birds in the future, and we haven’t had one as a pet ever since. However, I’ve found joy in birdwatching. For a couple of years now, I’ve participated in Project FeederWatch, a fun citizen science project that invites you to count the birds you see in your backyard. And after writing an article about the impact of climate change on birds’ nesting behavior, I’ve been paying special attention to eggs I see around my neighborhood.

Last week in my driveway, I stumbled upon one perfect specimen: a tiny, smooth white oval with brown speckles. It was sized exactly like one of those colorful, foiled-wrapped chocolate eggs that always fell to the bottom of my Easter baskets as a kid. The egg was intact and probably not far from its nest, but as soon as I picked it up, I knew it wasn’t viable: It was cold to the touch.

It made me sad to think about this little bird not making it. How did it wind up on my driveway instead of snuggled into a cozy nest with its siblings? Although I knew it was futile, I found myself searching the ground nearby, hoping to discover where the nest was located. Maybe if I put the egg back, it could still hatch, I thought — a totally illogical idea, of course.

It was interesting that my instinct was to fix the situation, to right what I saw as wrong. As if it was my job, as if I had any control at all over the rhythms of nature. Yes, I’m part of the natural world, but I’m not its master, nor do I necessarily know what’s best.

I thought back to the bright blue egg shell fragments I’d seen on dog walks that same week. They were strewn across my path at regular intervals, striking and beautiful against the green grass. I hoped they were a sign that those youngsters had made it to the next phase of life — not that they were eaten by predators or met some other ghastly end. I did nothing to help these little nestlings along, yet they’re out in the world somewhere now, thriving, learning to fly and dig for worms.

When I forget — as I often do — that control is an illusion, nature never fails to give me a gentle reminder.