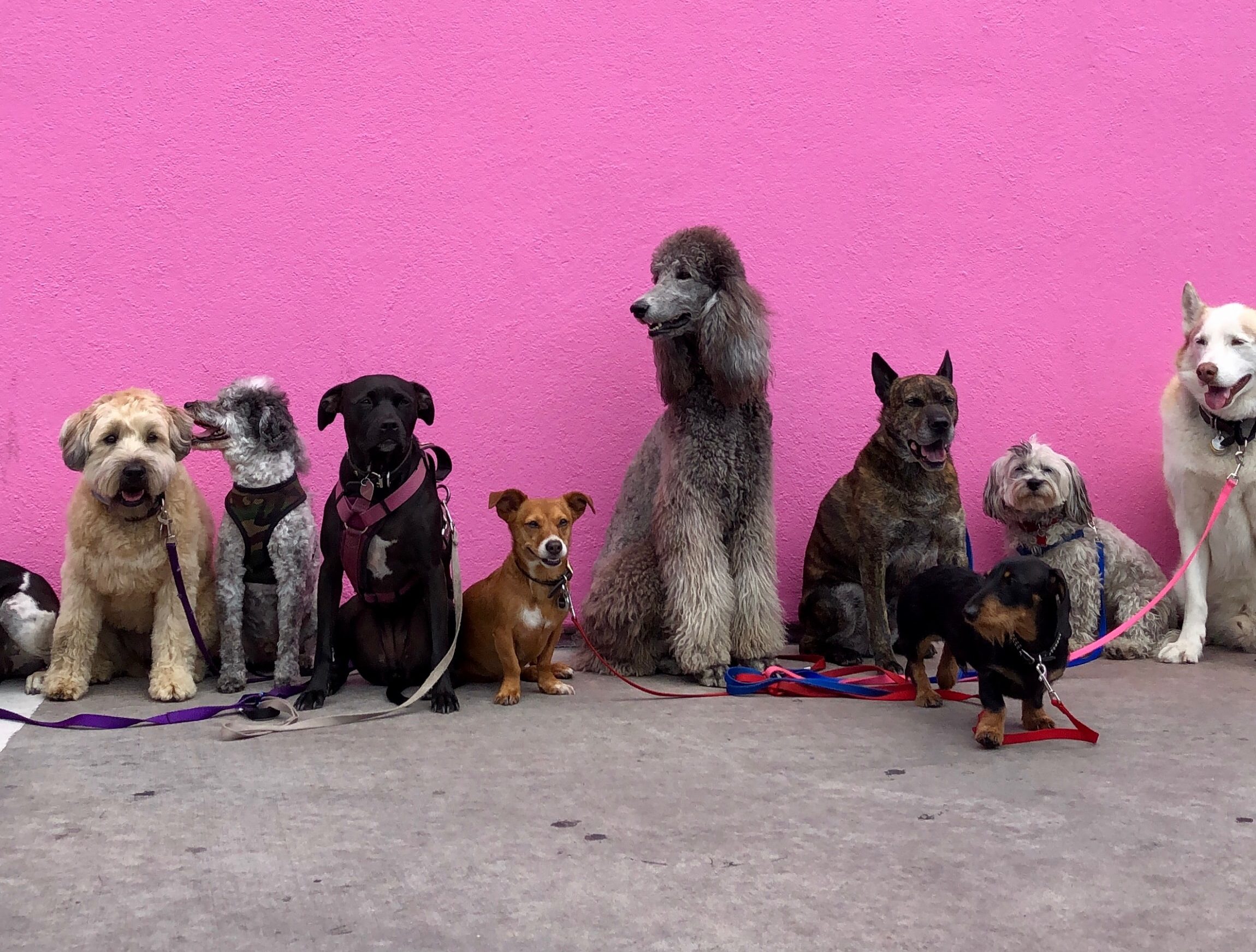 My childhood dog was a Labrador Retriever. On a balmy day in July 1994, my mother drove us to pick him up at a breeder several hours away. When we arrived, puppies were frolicking in the front yard, and one of them dashed up to us. He wore a green ribbon on his collar, so we named him Shamrock as a nod to Ireland. His name soon morphed into a shortened version, “Shamu,” then “Mooey,” which stuck.

Mooey was an awesome dog, everything you’d expect a Labrador to be: playful, affectionate, and never lacking an appetite. On one occasion, he managed to reach a high counter and turn his head sideways to inhale an entire poundcake that we’d left out. On another, he devoured several Hershey’s Kisses with the wrappers on. (Amazingly, he suffered no ill effects from either binge.)

One morning, my mother was home alone with Mooey as she waited for a contractor. Soon the doorbell rang and a tall, burly man stood on our porch. He spoke in a gruff voice, and his manner was brusque. My mother wasn’t a fearful person. But as she ushered the man inside, she felt nervous.

Just then, Mooey came bounding toward the front door to investigate the visitor. Instantly, the contractor’s demeanor changed; he brightened, as if someone had flipped a switch inside him.

“Oh, now look at you! What a good doggie!” Leaning down, he scratched Mooey under the chin and patted his fur. Our dog responded with typical slobbery affection, and my mom relaxed.

There is something magical about the way animals can build a bridge between people, sparking a connection that requires no words at all. My mom knew nothing about this contractor as a person, yet his interaction with our dog afforded her a brief glimpse into his soul. No matter how rugged he appeared, this man clearly had a softer side.

Years later, my husband and I brought home our first dog together, a gentle, snuffly pug we named Ziggy. When Ziggy died unexpectedly in 2011, our daughters were young — so young that their memories of him are limited to the videos and photos we took.

Losing a pet is heartbreaking. I wasn’t sure if our family would ever be ready for another dog. But this fall, after a lot of research (and even more pleading from the kids), we took the plunge and brought home an eight-week-old puppy.

A good friend and fellow dog owner recently asked how I was surviving the trials and tribulations of puppyhood. I think “surviving” is an apt description. Puppyhood is like an accelerated version of new parenthood: sleeping (or not), feeding, potty training, socializing.

But raising a puppy this time around seems much more exhausting than before. I’m chalking it up to the fact that I had more youthful energy with Ziggy. Another difference: Back then, I worked full-time at an office, so Ziggy often went to doggie day care, or we paid a babysitter to walk him. Now I’m home full-time, so Molly is my writing buddy, lunch companion, and frequent walking partner. She expects a ridiculous amount of attention, gets into everything, and promptly shreds the carefully selected dog beds and toys I offer her. It’s a good thing she’s cute.

The more time I spend with Molly, the more I become immersed in the world of dog ownership. It’s as if I’ve joined a secret club, full of lovely people I might have previously crossed paths with, but never met — until now. Just as my mom observed years ago, a shared enthusiasm for furry, feathered, or scaly creatures can connect people in surprising ways, dissolving awkwardness and supercharging social interactions.

Over the past two months, I’ve met more of my neighbors than I did during our entire previous seven years of living here. When I’m out walking Molly, I stop to talk with people I probably passed dozens of times while out on a run, my gaze fixed straight ahead, willing myself to be invisible because I didn’t want to interact. Now I smile when I see other people walking dogs, hoping we’ll get to meet and say hi. Maybe we’ll trade training tips or commiserate on the snow, slush, and frigid temperatures that have made these fall walks feel like the dead of winter.

Having Molly has reminded me that we’re all more connected than we think. Sometimes it just takes a while to discover what we share.