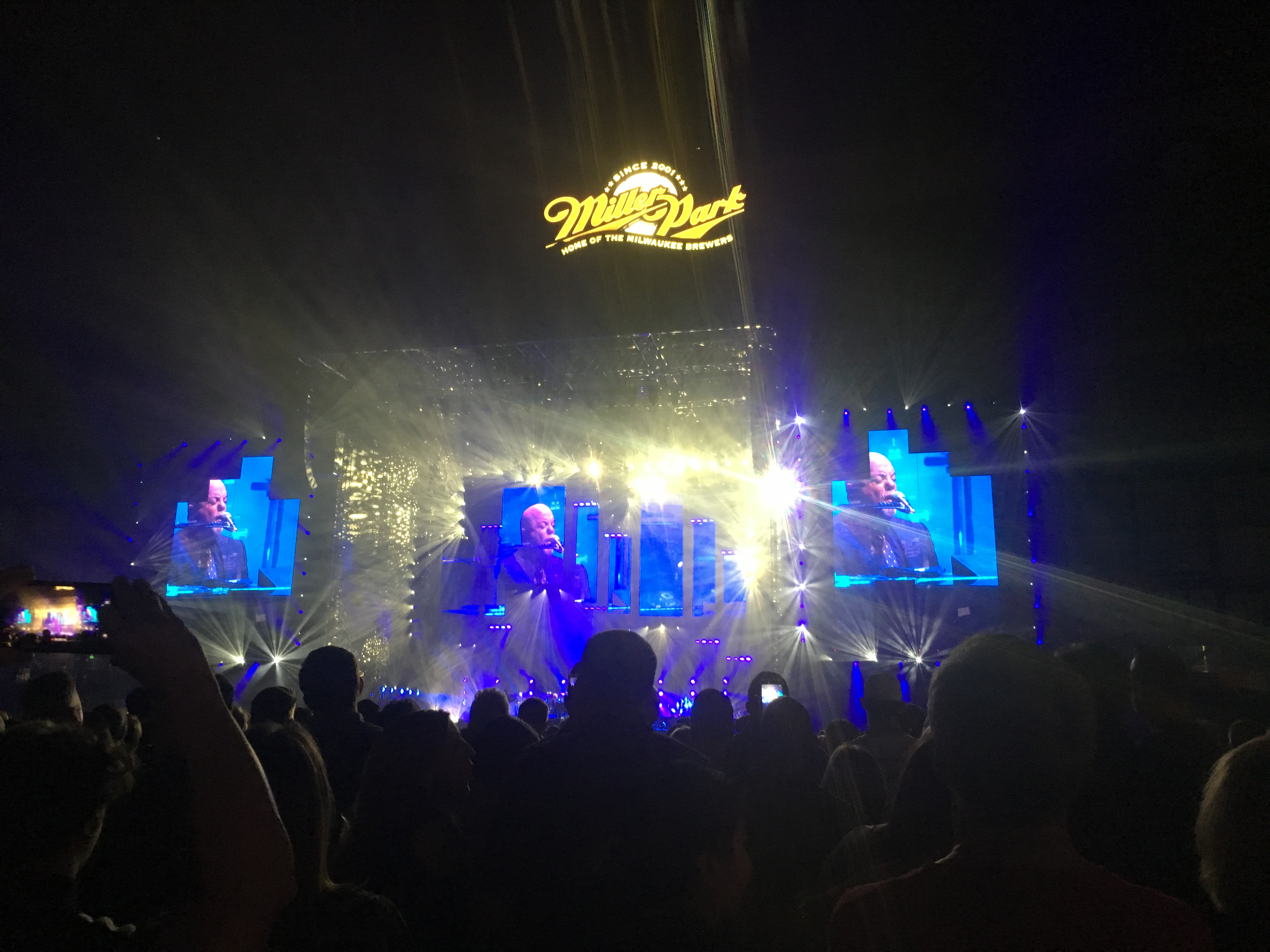 On Friday, I was one of approximately 40,000 fans who crowded into Miller Park in Milwaukee for the Billy Joel concert. It was an awesome show with a couple of surprise treats, including a roadie named Chainsaw who delivered a screeching rendition of “Highway to Hell” to the delight of the unsuspecting audience.

Though the two-hour show did not disappoint, it was hard not to notice that Joel has aged. His current haircut is dramatically different from the full, flowing style he sported in the 1970s. Though I couldn’t tell during Friday’s performance, Joel has admitted that his band has lowered the keys of some songs because he struggles to hit the higher notes. And as I watched him on the big screens, I was struck by how weathered his hands looked as they navigated the piano keys.

Last year, I turned 40, and in the past few months, I’ve been feeling the weight of that number, as if my body flipped a switch that I thought I’d evaded. While I once felt invincible, suddenly my joints are far less forgiving than they used to be. No longer can I simply laugh off the importance of stretching and recovery days. Now I know if I want to go out for a run, I might be paying for it the next day with sore quads and hips. This realization has been maddening, but it’s also motivated me to do more yoga, and I’m making progress.

Joel is still doing what he loves, but he, too, has had to make some adjustments. In some of the more energetic numbers, I could hear the strain in his voice. I wonder if, like me, he misses the carefree ease of his earlier decades.

It’s easy to say getting old sucks, but it’s also true that with age comes wisdom, the freedom of accepting where you’re at, and the ability to let go of past hang-ups. I was surprised and glad to hear Joel sing “Uptown Girl” during the encore; I always thought he would no longer perform it during live shows because of his break up with Christie Brinkley. Perhaps his willingness to perform it again over the past few years indicates he’s at peace with their failed relationship.

Yes, he’s pushing 70. And yet, he was still out there, looking dapper in his dark suit, completely at ease in front of thousands of cheering fans, laughing and even throwing in a hilarious impersonation of Elton John at one point.

Early on in the concert, Joel made an announcement that surprised no one, but was still charming in its unapologetic delivery. “I haven’t got any new songs,” he said. “So we’re just gonna play the same old sh*&.”

Maybe that same old stuff sounded a little different after a few decades. But Friday night, he still rocked it.