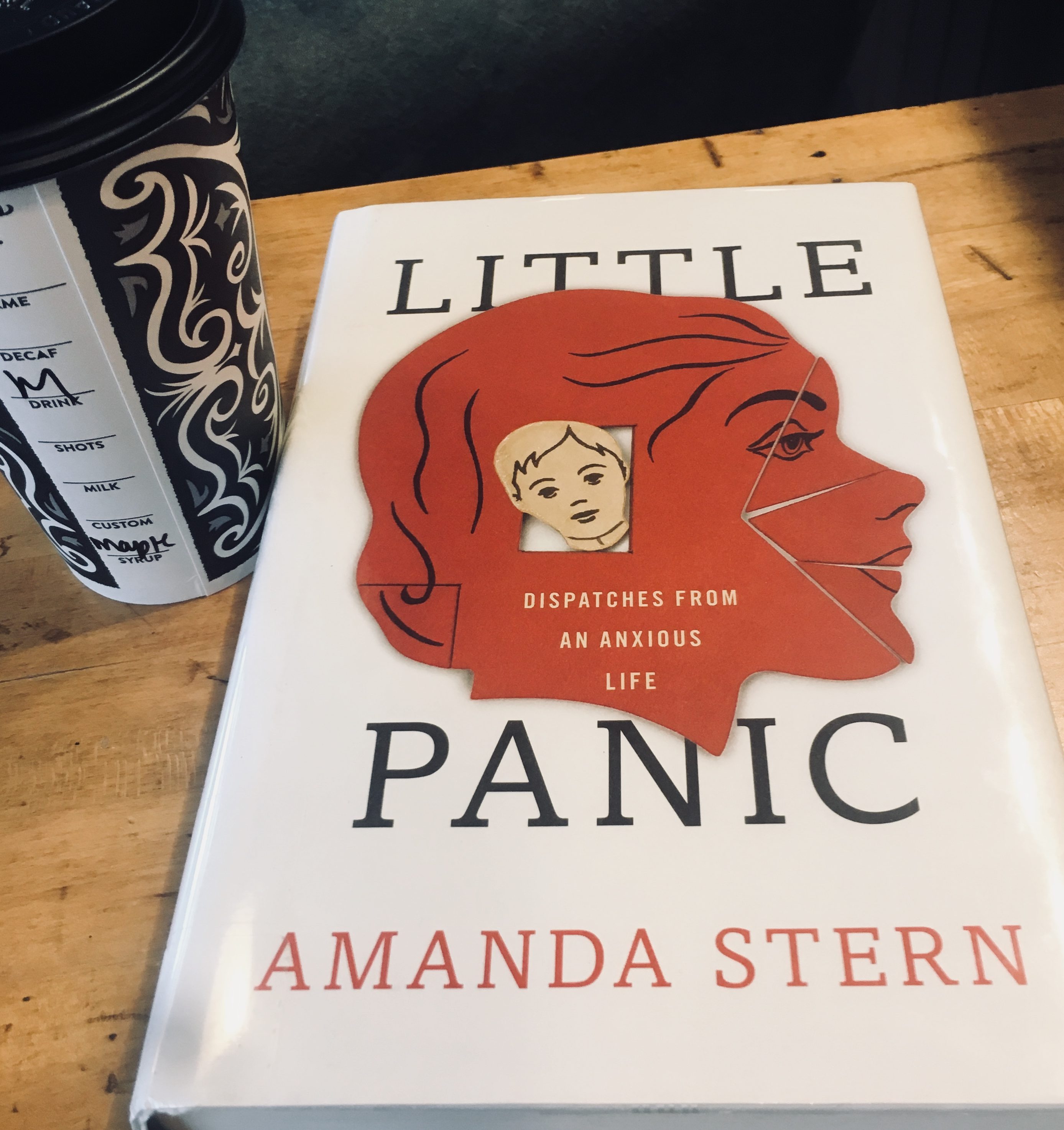 As a person who has anxiety, I eagerly dived into Amanda Stern’s new book, Little Panic: Dispatches From An Anxious Life. The book recounts Stern’s earliest childhood experiences with severe anxiety and traces these emotions and their impact into adulthood.

Growing up in New York City’s Greenwich Village, Stern struggled to understand the seemingly carefree attitude of many of her peers who were interested in things like sleepovers and summer camps – activities that stoked extreme fear in Stern because they meant being separated from her mother.

In childhood and adolescence, doctors and specialists interpreted Stern’s anxiety as an intellectual or learning disability, and administered a battery of tests, from hearing to vision to motor skills evaluations. As a result, Stern became convinced there was something gravely wrong with her. In her book, she writes, “I am a growing constellation of errors.” She couldn’t shake the thought that she was defective and no one could fix her.

It was only at age 25 that Stern received a diagnosis of panic disorder from a therapist, and was able to identify and begin addressing the problem that had plagued her for decades.

This book was eye-opening in many ways. Though my anxiety is more generalized, I could relate to several of the author’s sentiments. “Even when there is nothing to feel afraid of,” Stern writes, “I feel a fear, like something very terrible is about to happen.” Stern also viewed worrying as a responsibility, something she had to do in order to keep herself and others safe.

As a parent, I found this book to be a cautionary tale that points to what can happen when children with anxiety don’t have the chance to develop effective coping skills. I was struck especially by how Stern described her mother’s response to her worries. Rather than acknowledging Stern’s worries and allowing her opportunities to work through them, Stern’s mother employed the following strategies:

(1) She reassured Stern that bad things did not happen to kids, and

(2) She removed or mitigated situations that Stern found challenging, from letting her switch schools to hiring special tutors and getting her out of homework assignments

Ultimately, these approaches backfired. Now an adult who has learned to manage her anxiety in different ways, Stern observes, “One thing I know to be true is that in order to get over a fear, you must face it.”

Stern’s candid memoir reminds me that, much as I want to shield my children from negative experiences, allowing them to muddle through something difficult (and yes, even fail!) enables them to build self-efficacy in a way that nothing else can.

Many teachers would agree. In a compelling article that’s been shared widely, one teacher introduces the term “lawnmower parent” and describes it as the newest version of the helicopter parent. Lawnmower parents don’t just hover; like Stern’s mom, they clear away any potential obstacles that may be in their children’s paths.

The author, who personally copes with clinical anxiety, notes, “I can’t imagine how much worse my anxiety would be if my parents had taught me that my anxiety was something to be feared and avoided, not dealt with head-on.”

Here’s to letting our kids fail and experience anxiety sometimes (even if that process understandably stokes a little panic in us, too)!