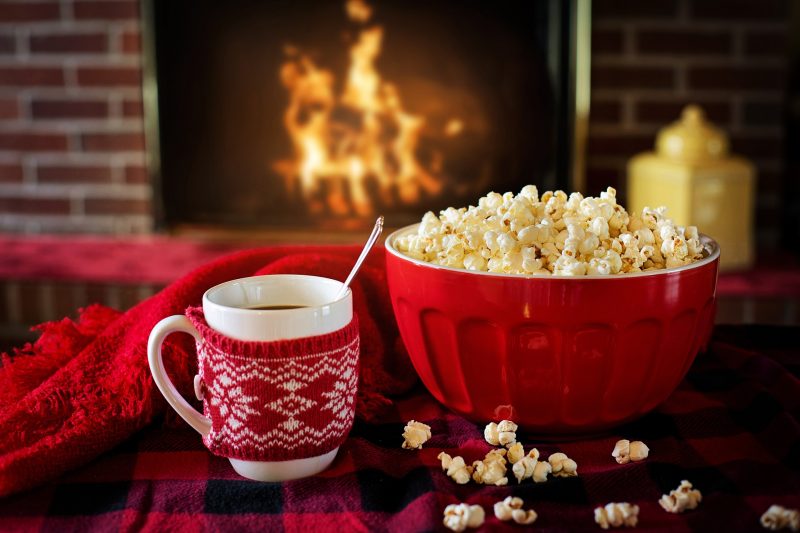 Earlier this month, as temperatures dipped into the teens and tiny snowflakes swirled outside my window, I had to admit the sad truth: Summer is officially over. But when it’s too cold to enjoy the outdoors, there’s something magical about curling up under some cozy blankets with a good movie. Like so many kids in the 1980s, I grew up watching the Star Wars trilogy, so it was only a matter of time before I introduced my children to Luke Skywalker, Princess Leia, and Han Solo.

But why stop at Star Wars? Below are some other 1980s flicks to consider when planning your next family movie night. Most will appeal to children in elementary school or older. For more details and parent reviews, visit Common Sense Media.

The Karate Kid (1984)
Daniel is a shy boy finding his way in a new town; Mr. Miyagi is a wise mentor who adeptly uses martial arts to teach Daniel about life, encouraging his young pupil to face his fears with dignity, respect and determination. This movie ultimately inspires viewers with its emphasis on believing in yourself, and might even motivate some to take up martial arts!

Back to the Future (1985)
Michael J. Fox delivers an absorbing and lovable performance as Marty McFly, a teenager who travels back in time and unintentionally wreaks havoc on his future life. His mad scientist friend Emmett “Doc” Brown is eccentric but endearing. There are instances of strong language, and racial slurs in the movie’s 1950s scenes. Kids will be captivated by Marty’s determination to help his father stand up to a notorious bully, Biff.

A Christmas Story (1983)
Fun during the holidays, but worth watching any time of the year, this movie follows young Ralphie, who wishes fervently for Red Ryder BB gun even though his parents warn him, “You’ll shoot your eye out!” Kids will relate to scenes that authentically depict childhood experiences and emotions, like the exciting anticipation of holiday gifts, and dealing with bullies at school.

Labyrinth (1986)
If you have a child who constantly utters, “It’s not fair!” you’ll both relate to Sarah, the movie’s teenage protagonist. While at first Sarah bemoans her misfortune in being stuck with her crying baby stepbrother, she soon embarks on a mythical adventure to save him from David Bowie’s sinister Goblin King, Jareth.

Anne of Green Gables (1986)
Life hasn’t been easy for Anne Shirley, an orphan who goes to live with a middle-aged brother and sister on their farm on Canada’s Prince Edward Island. Yet Anne quickly melts even the coldest hearts in her new town with seemingly boundless optimism, grit, and a chatty disposition. Kids can relate to Anne’s middle school angst, from her joy in finding new friendship to her frustration with a boy who teasingly calls her “carrots” because of her red hair.

The Goonies (1985)
Are your kids into pirates? Then this film is right up their alley. A motley crew of neighborhood kids goes on a search for the treasure of an ancient pirate known as “One-Eyed Willie.” Older elementary and junior high school kids will love the adventure and fast-paced excitement of the movie, which does include some scary moments and swearing.

The Princess Bride (1987)
I first watched this film during a middle school slumber party. It’s entertaining and funny, with a surprising mix of quirky characters and settings. While Buttercup and her true love, Westley, take center stage, your kids will love cheering on supporting characters like Inigo Montoya, the master swordsman seeking to avenge his father’s death. In the meantime, you’ll shake your head in awe when you realize that Princess Buttercup is now the formidable Claire Underwood from House of Cards.

E.T.: The Extra-Terrestrial (1982)
Blending science fiction with the ordinary experiences of childhood, E.T. remains an excellent movie for the whole family. A young boy named Elliott discovers E.T., a gentle and inquisitive alien who is hiding in Elliott’s neighborhood and needs to get back to his home planet. The two forge a close friendship as they race against time and the aggressive government scientists who want to capture E.T. for their own purposes.

Ferris Bueller’s Day Off (1986)
A clever, authority-defying teenage boy skips school to engage in some memorable adventures in Chicago with his best friends. Ferris espouses a carpe diem attitude that, while risky, remains refreshing and relevant in the context of our day-to-day drudgery. This movie is fun and lighthearted, but includes frequent swearing and some questionable behavior – including lying and stealing a car – so it may be more suited for teens and older tweens.

Willow (1988)
Fantasy, magic, and a noble quest come together in this film, which portrays a classic good versus evil adventure. Willow, a dwarf-like person, is a father, farmer, and would-be sorcerer who finds himself tasked with saving a very special baby. Brave and loving, and often battling forces that are outwardly stronger and bigger than him, Willow calls to mind the heroic hobbits of The Lord of the Rings. Fun fact for Harry Potter fans: Warwick Davis, who portrays Willow, also plays Professor Filius Flitwick and the goblin, Griphook, in the movies.

The Flight of the Navigator (1986)
12-year-old David is shocked to discover that eight years have passed in what seemed like a few minutes. He soon finds an alien spaceship, piloted by a robot he names Max. With NASA officials looming in the background, David and Max realize they need to work together if each is to return home, building an unlikely but charming friendship. There are some instances of swearing and name-calling, but overall this is an entertaining movie with something for everyone.

Happy movie watching! Do you have any favorites to add to the list?