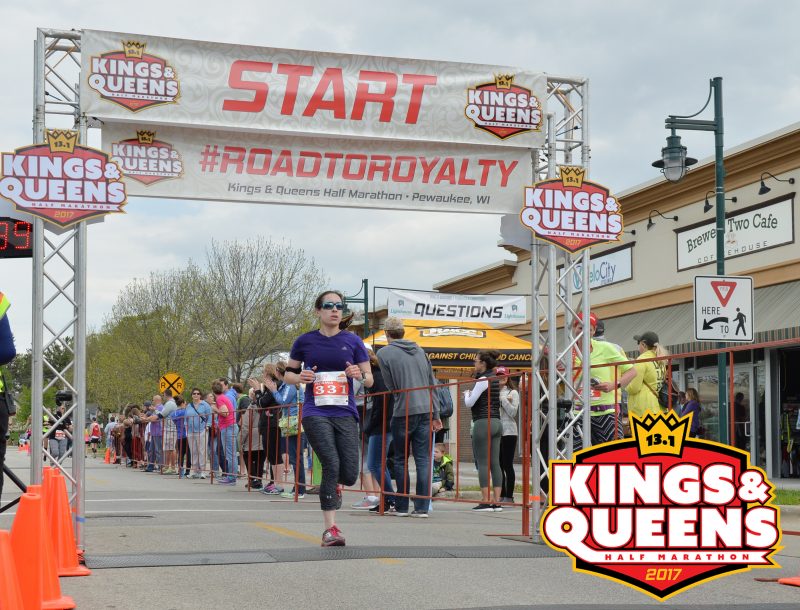 Well, I did it: this weekend I completed my first half marathon! It feels unbelievable that the big day has finally come and gone. In the past few months, preparing for the race consumed a lot of my energy, and my thoughts rarely strayed far from running, whether I was thinking about my last workout or planning my next one. Sticking with the training plan was effective, but also meant that at times, my family had to schedule things around my long runs. I’m especially thankful for my lovely husband’s support and patience 🙂

It’s been about 48 hours since the race, and today I woke up with achy calves and a whole mess of thoughts swirling around my head. As expected, those 13.1 miles were tough, but they were also eye-opening and amazing. Here are a few things I learned:

Lesson #1: Regardless of how well you prepare for race day, there will be glitches. Sometimes they’re major, sometimes they’re no big deal. For me, these hiccups were mostly minor, like my music playlist not running in the right order. I also underestimated how long the Porta Potty line would be, and nearly missed the starting gun. It can be frustrating to prepare for an event and then have to deal with something that messes with your concentration. But if I can learn to expect that things won’t be perfect, those glitches will rattle me less when they inevitably occur.

Lesson #2: Your mind will travel to some desperate places, but that does not mean you have to give up. In my training, I had worked on running hills, yet I was taken aback by the difficulty of the hills on the course. During the first few miles, I jogged up each incline fairly easily, but it wasn’t long before my legs and lungs started to protest. By mile six, the moderate heat and humidity that had been absent during most of my training became a significant factor. Not even halfway through the race, a little voice in my head was starting to scream louder and louder, “I can’t do this.” My body begged me to stop and walk, which I did, often. I felt demoralized; I’d never planned on walking during the race, except when passing the water stations. From miles eight until ten, I felt like I was in a trance. I seriously contemplated quitting, but I kept slogging along.

There were several people around me who were walking off and on, and we leap-frogged with each other for a while. My awesome friend Liz was also running, and it was a huge mental boost to connect with her around mile ten as we grabbed some water. Gradually, my energy returned in little bursts and the negative self-talk began to fade. I started ignoring the pacing signals coming from my watch; I knew now that I wouldn’t achieve my two-hour goal time, and that stung. But I realized that finishing slower than I wanted was better than not finishing at all. By mile eleven, I knew I was going to complete the race, no matter how long it took. In the end, my official time was 2:02:43, which I was pretty happy with, considering how gutted I was feeling during the second half of the race.

Lesson #3: Fueling, as my friend Liz has wisely noted, is a complicated beast. On my long training runs, I’d practiced my race day fueling strategy by sipping water and chewing Honey Stinger gummies. This worked well for me in the cool, early spring temperatures. However, the warmer weather on race day, combined with the grueling hills, made me much less excited to ingest the gooey, sticky gummies I’d so carefully packed for the event. While I did continue to hydrate at the water stations, I stopped ingesting any carbohydrates after about mile six, which was probably when I needed them the most. Gels or even sports drinks may have been easier on my tummy, which more than once threatened to launch its contents onto the sidewalk. In the future, I’ll have to experiment more with fueling. 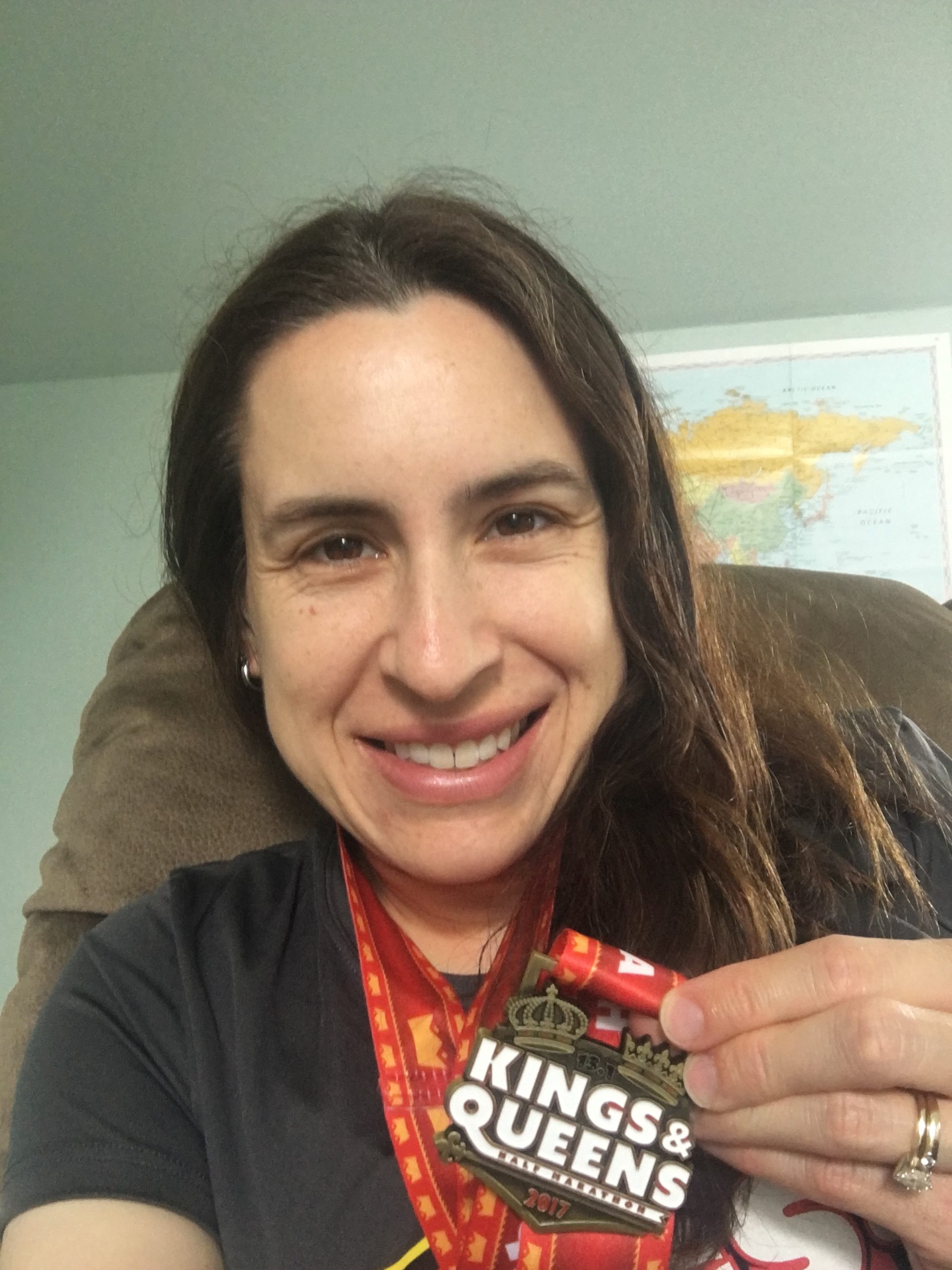 Lesson #4: In a tough race, the little things will lift your spirits. Around mile ten, while cursing the evil hills, I spotted a magnificent great blue heron as it crossed overhead. I love birds and felt like this was a good sign. A little further along the course, a boy stood on the corner giving out high-fives to the runners. I also ran for a couple of miles with a nice gentleman who was a seasoned marathoner, and enjoyed having a bit of conversation to distract me. The volunteers were terrific, too; I’ve never felt as grateful for a drink of water as I did when I stopped at their stations. Even the light breezes and scattered drops of rain throughout the course worked wonders to boost my mood.

Lesson #5: No matter how much Body Glide you put on, it’s not going to be enough. Going into a longer distance event, I was well aware of the perils of chafing. And trust me, I was prepared. On race morning, I applied both Body Glide Anti Chafe Balm and Aquaphor quite generously. As it turns out, I missed a spot. A few spots actually. And I’ll just leave this one here.

P.S.: Well, I must be hooked, or crazy, because I’ve already signed up for my next race: the Fox Cities Half Marathon in September 2017. I’m looking forward to building on my first race and learning from this next one!