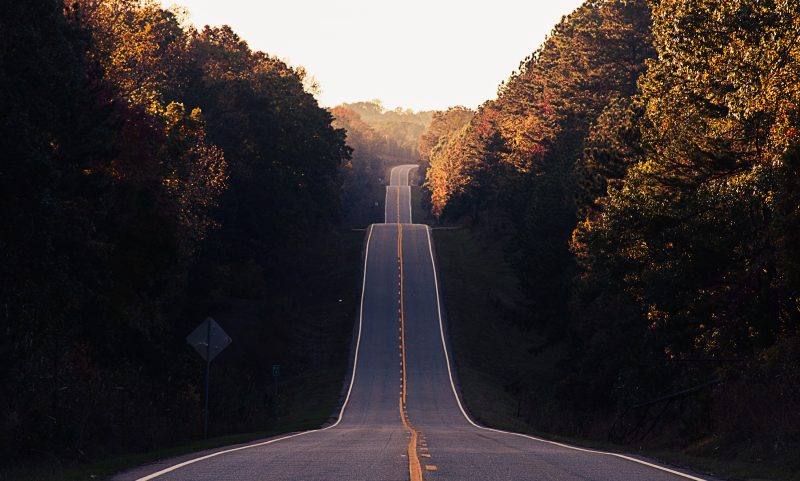 In about one month, I’ll run my first half-marathon, and I’m definitely feeling that nervous/excited buzz. Before I started training for this event, my longest run was nine miles, so I know the race will be a challenge.

Adding to my nerves is the fact that the course features some tough hills: the race has just under 600 feet of elevation gain**. That’s not bad — in fact, it’s right around the nation’s average for half-marathons. For me, however, it’s significant: my usual training runs have only about 100 feet of elevation gain, sometimes less. I don’t live in an especially hilly neighborhood, and quite frankly, running uphill is kind of demoralizing and soul-sucking. So my efforts here have been limited.

Last week, after feverishly studying the race elevation chart and feeling mild panic at my lack of preparation, I decided to seek out some bigger hills a short drive away. It was a drizzly, grey morning, and I cued up the new Beauty & the Beast movie soundtrack as I stretched my legs. Sometimes you just need a distraction when you’re running, and listening to Ewan McGregor sing “Be Our Guest” never fails to evoke pleasant images of decadent French food and dancing silverware.

I’d mapped out a five-mile course that included rolling hills on relatively quiet roads, with a major climb near the end of the route. My legs burned as I slogged up the first peaks, and I tried to follow the advice I’d read: maintain a consistent effort both up and down each hill, which means slowing the pace during the climb. On each descent, I let gravity take me down. The final hill loomed in the distance, and it looked like a monster, rising up into the fog like something out of a dream. A little alarm bell went off in my brain, and suddenly I wanted nothing more than to reverse course. I was afraid to look all the way to the top; I didn’t want to see just how high I’d have to climb.

But in the next second, I noticed something: the closer I got to the hill, the flatter it appeared. Maybe my fears were much greater than the challenge itself. Maybe it was possible to let go of my negative judgments and simply see that hill for what it was: a massive amount of hard work that I could eventually conquer. With each stride, I imagined myself coming down on top of the hill. Dan Stevens’ “Evermore” played in the background and I thought of the Beast singing tragically in his castle as I finally reached the top. My legs and lungs were spent, but I cracked a smile.

How often do I let fear dictate my decisions? I’ve become adept at talking myself out of the things that scare me, challenges that push me beyond where I feel safe and comfortable. I avert my gaze from the big things, because they’re not easy or simple and I’d rather not delve into them. The excuses keep rolling: I’m not ready, I’m too tired, and anyway, the floor needs mopping. I’ll get to it someday, really I will. I’ll write that book proposal, dig into that impossible project or have that tough conversation another day. When it’s easier, when I feel stronger.

Training for this race has forced me to admit that regardless of how steep that hill actually is, or how difficult a task appears, the things we fear only grow more intimidating the longer we avoid them. It’s instinct to shield our eyes, to focus our gaze away from what scares us. But we may find that once we’re fully immersed in the moment, whatever had us tied in knots suddenly seems a lot less scary.

**I had to Google this and learned that elevation gain, or the total sum of climbing throughout a course, can help you get a sense of how hilly a route will be. For example, if a route has one hill that rises 100 feet, and I run up that hill three times, my total elevation gain for the course is 300 feet.