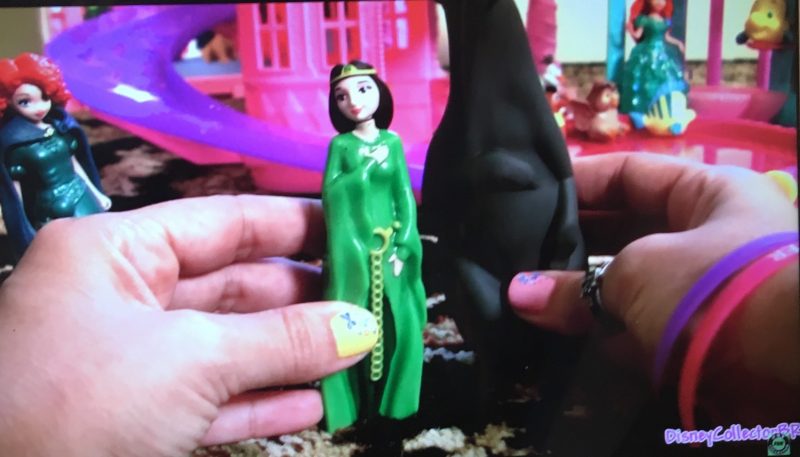 It began innocently enough. My husband and I decided to invest in an iPad for the kids, envisioning it as something we’d employ for special situations, like helping lessen the boredom of long car rides, airplane trips, or emergency department waiting rooms.

Sooner than we’d expected, however, this nifty gadget had wormed its way into our daily lives with alarming ease. The kid-friendly apps we installed were all fine and dandy and even somewhat educational. But they were all but forgotten once our daughters discovered YouTube.

Ah, YouTube…the purveyor of videos both hilarious and heartwarming, and boasting enough interesting content that you could easily squirrel away an afternoon and not realize it. I don’t remember exactly how my children first became acquainted with this website, but I have a sinking feeling that I was probably the person who introduced it to them. Maybe I wanted to show them that cool Sesame Street parody of Glee or a clip of a goat dressed up as Princess Elsa (hey, that one was pretty darn funny). Whatever the content was, that initial video had a powerful effect on my kids’ brains. Like Helen of Troy, it was the clip that “launched a thousand ships.” Once my kids saw the beauty and splendor that one click of this simple red and white icon afforded, they were hooked.

One afternoon, while I was prepping dinner (er, okay, watching One Direction music videos), I had queued up a new Disney Junior episode on YouTube and let my daughters plunk down on the couch with the iPad between them. After the show ended and a few more minutes had passed, I noticed that my darlings were not only still quiet, but also that neither had moved from her spot on the couch. An unusual scenario, since by this time, one of them typically would have elbowed the other in the ribs and bickering would have ensued. I tiptoed over to the couch and peered over their shoulders, the glow of the iPad making my eyes glaze over a bit. On the small screen, a pair of perfectly manicured hands appeared to be crafting sparkly Play-Doh into little dresses for plastic Disney princess dolls, as a soothing voice narrated in the background.

What the frick? I thought. I didn’t see the appeal. But my daughters were entranced. And just like that, my kids had joined a vast subculture of their peers who are fervent fans of YouTube’s “toy unboxing” videos, in which unseen narrators noisily unwrap various trinkets and play with them. Anonymous YouTube toy reviewers like the mysterious “DisneyCollectorBR” are garnering 90 million views for their most popular videos, and plenty of moms I talked with said that their kids, too, were enthralled with “egg shows” (slang, I learned, because the narrator often unwraps chocolate eggs with a toy inside).

I thought my kids would soon tire of these videos, but they only discovered new narrators, some with pleasing Australian accents, others with annoyingly high-pitched and grating voices. While the content seemed innocuous on the surface, after a while I began to notice a negative effect on the dynamics of our household. Bedtimes were getting later and later, and actual, screen-free family time was becoming miniscule in the evenings. The toy unboxing videos began to take on the flavor of addiction. If we drove anywhere in the car, my daughters asked to watch a video on our phones. “Can we watch Disney Collector?” were often the first words my kids greeted me with each morning and after school. And whenever my husband or I announced that it was time to switch off the iPad, our daughters would screech and react as if we had denied them the very air they breathed.

But the worst part? The more my daughters watched the videos, the more they began to crave things—things they didn’t realize they’d ever wanted and most certainly did not need.

I tried to counsel my oldest child about the dangers of modern consumerism. “You know, honey, some people end up collecting so many things, they can’t even have friends over anymore because there’s no space to play.”

Without missing a beat, my daughter replied, “Well, if those people have too much stuff, they can just give it to me!”

Clearly, my sage advice wasn’t getting through to her.

So my husband and I got stricter about access to YouTube, putting the iPad on a high shelf and switching it into airplane mode. This did not work, largely because I wasn’t strong enough: as long as the kids could find the device, they would ultimately convince me to break down and queue it up for them, just for a few moments of blissful silence that would quickly morph into hours.

Finally, after weeks of failed attempts to limit screen time, I said to my husband, through gritted teeth, “Hide. The. iPad. I don’t care where. Hide it someplace they’ll never find it!” And he did. It’s been over a week now, and my daughters’ requests for “a toy video” have greatly diminished; when the requests do come, the grown-ups pleasantly but swiftly decline them. Slowly, the toy unboxers’ tenacious grip on my kids’ minds has begun to loosen.

Now, let me be clear: I think YouTube is really entertaining, and I’m often just as guilty as my kids when it comes to getting pulled in by a popular video. I’m grateful for this technology’s extraordinary ability to take my kids out of reality when they need a distraction, like when my daughter needed to sit calmly at the doctor’s office (thank you, Disney Collector and your egg surprise videos!). But most of the time, I don’t want my kids to have their awareness shifted from the present moment. And I definitely don’t want the content on a little screen to be more important than the experiences unfolding right now in real life.

So in the interest of resetting and refreshing everyone’s brains, our family is just going to take a little time off from YouTube. That means, at least for now, the iPad stays hidden, and the web site gets disabled on phones and computers. How long will this break last? It’s hard to say, but I’m thinking at least until the spring…or until YouTube posts any more cute videos of goats dressed as princesses, that is.